Despite having a cold over the weekend, my boyfriend and I decided to have a cinema date and watched two movies. The first one was Marvels Avengers Assemble and the second one was American Pie -Reunion.

Avengers Assemble – one of the best movies I’ve seen this year so far. Features a fantastic cast so you get six superheroes all in one sitting. It had the right amount of action and humour, Robert Downing Jr is just hilarious. However, my favourite of the movie is……. The Hulk, he’s just awesome!!!!! And I also rate how they made him look very similar to the actor (Mark Ruffalo) when he turned green. 5 stars. 🙂

American Pie – Reunion – Although, I haven’t see all the American Pie movies (missed out the second one), I have been told it was pretty much similar to one and three and unfortunately, it was true. They have all grown up since their high school days, except for Stifler who hasn’t changed at all. Great movie if you’re looking for a laugh because I did, the whole way through, but if you’re not in a hurry, you can save this one for a download.

After the cinema, we proceeded home and my boyfriend cooked a lovely dinner. He watched a cookery program that morning which featured a recipe on cooking seabass fillets and that’s exactly what he did 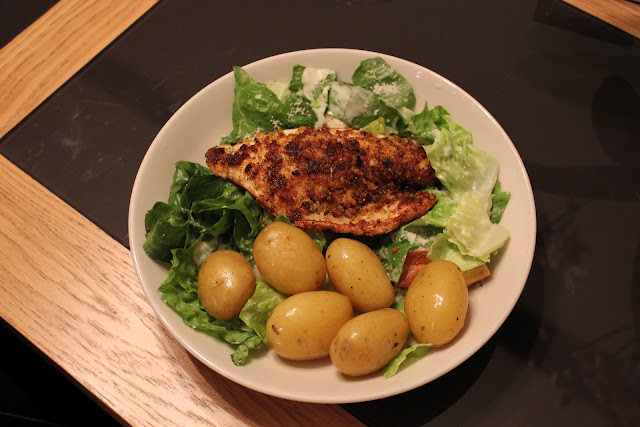 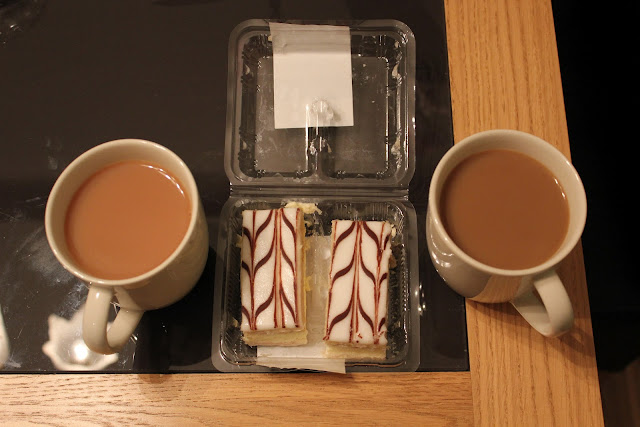 Our dessert – tea with a cream slice each <3

Sorry that there are no outfit pictures in this post as I wasn’t feeling very well and looked really rough. 🙁

Have you been to watch those movies yet? What did you think?